Give More Than You Get 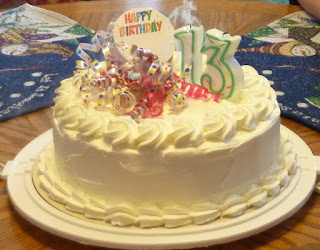 We are always asking kids what they want to be when they grow up. I remember when my youngest son was young, he used to say, “Curtis and I want to go to Colorado and be mountain men.” One time my granddaughter told me that she wanted to be “Barbie” when she grew up.

I was watching a TV show several weeks ago and grown-ups were saying what they wanted to be when they “grew up.” One person said, “When I grow up, I want to give more than I get.”

Well, I never wanted to be Barbie or a mountain man, but I certainly admire the idea of giving more than I get. It’s only natural for us to look out for numero uno. After all, we’re looking at the world through one set of eyes and from one perspective. With our limited vision of the world around us some find it easier to be selfish than to be selfless.

Does it do any good to measure what others own to what we have? Coveting another’s possessions creates a miserable existence. Those who have little might envy those who have more, or those who have a lot might look down on people who have less.

Some people are innately generous, for example a child who gives his or her favorite toy to a friend. More common are the children who grab a coveted toy out of another child’s hands.

The odd thing is that often people who are the most sharing are those who have the least. Maybe it isn’t so strange after all. People who have accumulated a lot of wealth sometimes do so by pinching each penny until it screams. They’ve worked hard for what they have, and they don’t think anyone else deserves the fruit of their labor. Wealth can be a prison of fear and anxiety.

I came from a home with two hard-working parents who struggled to provide for a family with eight children. We never had a lot, but Mom and Dad instilled into each of us that a person’s worth was not tied to how many material possessions he had amassed.

Instead of telling us to go out into the world and try to be rich, our parents guided us toward being independent, hard-working adults who took satisfaction in being good people. We were taught that we weren’t better than the less fortunate, and we weren’t less than the wealthy. We were raised in a share and share alike environment, and it has lasted each of us for a lifetime. There is not a selfish member in my family!

One of the most generous people I’ve known in my lifetime was Jim. He would not only give someone the shirt off his back, he actually gave my brother the buttons off his uniform. He gave away a priceless tater bug mandolin and a valuable Gibson guitar. I would say throughout his life, he gave much more than he received. Greed wasn’t in his vocabulary.

Although dementia greedily snatched him away physically, he left an indelible impact on the lives he touched. Throughout his life, a circle of family and friends surrounded him with love.

Jim was one of the people who gave more than he got during his lifetime. No, he didn’t leave a monetary inheritance. What he left was a richness of memories, stories, and love of family.   That is admirable in itself, but I think even more important is that when he passed away, he left more than he took.