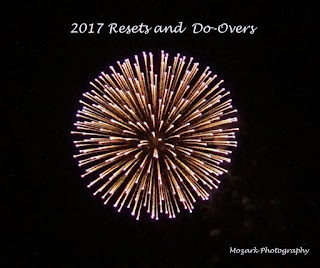 Each January, we greet the New Year with optimism that we will experience a whole lot of “happy.” Somewhere in the recesses of our brain, we seem to think putting up a new calendar magically starts everything anew.

How we felt about 2016 may depend on how we look at life in general. If we accept the ebb and flow as a natural part of the tides of life, we probably didn’t see a lot of difference from any other year. Some of us, in any given year, have major life events that will forever distinguish certain years no matter how much time passes.

Other than those special years—graduation, marriage, births, deaths, etc.—the years of my life just blurred together. In retrospect, I couldn’t even tell you which years were good years and which were bad unless some exceptional event set it apart from others.

Jim was the most amazing person I ever knew when it came to dates and years. I believe his ability to remember his past so distinctly was because of his phenomenal memory coupled with living in so many different places throughout his lifetime.

I had hoped that 2016 would be the year when a breakthrough in Alzheimer’s would make this a red-letter year. Although, we’ve had successes, we are still short of the prize. This year saw a historic increase in Alzheimer’s research funding, and that increase holds a prayer and a promise that we may be on the cusp of the ultimate discovery.

Personally, this year held failures and successes. I lost an election, won a prize, finished some projects, and plodded along with others with no end in sight. I’ve been blessed with generally good health, with only a few minor setbacks. I’ve made several new friends and lost a few.

On the positive side, I learned how to line dance this year. I helped with my brother’s memoir, and I’m so proud of him and my sister-in-law for bringing his story to life. I’ve made many, many happy memories and found several dashes of humor in the world around me. I believe, I’ll give 2016 two thumbs up.

Oh, is this when I should be thinking about resolutions for 2017? Will we ever learn that the all or nothing nature of resolutions sets us up for failure? I recently read that a paltry 8% of people are successful when it comes to resolutions. I’ve long been a fan of goals rather than resolutions.

Healthy Living recommends “resets” instead of resolutions. The point is that instead of attacking resolutions like gangbusters (my term, not theirs) on January 1, just to give up when you break it, reset each day. So you didn’t cut out all sugar on January 2 per your ambitious New Year’s resolution, simply reset on January 3, and try again!

Jim and I used to call that “overs.” When something didn’t work out the first time, we allowed do-overs.

In 2017, I would like to wish you a multitude of resets and do-overs to help you achieve your goals and to follow your dreams!