Sleep to Ward Off Alzheimer’s

We’ve all heard how important sleep is to our health. Now, a new study published in JAMA Neurology indicates that a lack of sleep might increase our chances of developing Alzheimer’s. Or, is it the other way around? Does Alzheimer’s lead to a lack of sleep?

Jim always considered sleep “a waste of time.” He was an early riser his entire life. I, on the other hand, could barely function without eight hours sleep.

Once Jim developed dementia, he seemed to require only about four hours sleep. Over time, I too shortened my sleeping hours. Between Jim and being at work by seven o’clock, I just flat didn’t have time to sleep much. My eight hours dwindled to six or less. I knew it wasn’t good for my health, but chronic lack of sleep became the norm.

A common New Year’s resolution for me was to get more sleep. I’ve struggled with health problems that may have gone away completely with enough shut-eye. One of the side effects of sleep deprivation is weight gain. In some ways that seems counter-intuitive. At one time I figured the longer I was awake, the more calories I would burn and that would make it easier to lose weight. Wrong. It takes sleep to regulate the hormones that tell us when we are hungry. When ghrelin and leptin are not balanced, we think we are hungry which leads to overeating.

Instead of sleep being a waste of time, we are at our most productive while we are catching our ZZZ’s. When we move into the deepest stage of sleep, our bodies move into restorative overdrive. While we sleep, we are recharging our energy levels. Our muscles relax and our blood pressure drops. Hormones essential for tissue growth and repair are released. During sleep, we consolidate everything we’ve learned which improves our memory.

On the flip side of the sleep coin, lack of sleep quality or quantity may lead to serious health disorders—heart disease, stroke, diabetes—to name a few. A couple of other distressing side effects are depression and premature aging.

Researchers have known for years that people who don’t get enough sleep are forgetful. This new study takes that concern to an entirely different level. Researchers at Johns Hopkins Bloomberg School of Public Health in Baltimore used scans to measure the buildup of beta-amyloid plaques, one of the hallmarks of Alzheimer’s disease. Even healthy people can have some plaques in their brains, but they do not have as many as people with Alzheimer’s. The people who did not get enough sleep had more buildup of plaques in their brains than those who reported that they slept well at night.

Why would sleep have anything to do with beta-amyloid plaques? It seems that while we sleep our brain is in self-cleaning mode. During sleep our brain cells shrink which allows cerebrospinal fluid to wash away the toxins in our brain.

Of course, this all comes with a disclaimer that sleep might not stop Alzheimer’s, but anything that will reduce the formation of cell-choking plaques can be seen as therapeutic. In addition to sleep itself, the researchers believe that drugs should be explored to force the cleansing process that can occur naturally during deep sleep. This study just reinforces the need to explore different avenues of treatment for Alzheimer’s.

Could our way of life contribute to an unprecedented increase of Alzheimer’s disease, cancer, and heart disease? Research shows that healthy eating, exercise, and a good night’s sleep work together to prevent a myriad of diseases.

As if daytime isn’t enough time to ruin our health, we use evenings to cram in TV, Facebook, volunteer work, meetings, social activities, or heaven forbid we take work home. So much to do, so little time. Then when we fall into bed, our brains are still going full tilt to remind us of what we still have to do, or what we’ve forgotten to do. Sweet dreams are a long time coming just to be interrupted by the alarm clock letting us know it’s time to get up and do it all over again.

Maybe it’s time to take a deep breath, spend some quality time relaxing and catch some extra ZZZ’s. Sweet dreams may be the answer to some of life’s most perplexing health issues.


http://earlyonset.blogspot.com
Posted by L S Fisher at 2:42 PM No comments: 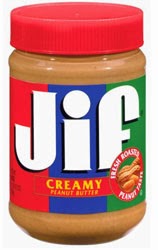 
Earlyonset.blogspot.com
Posted by L S Fisher at 2:41 PM No comments: