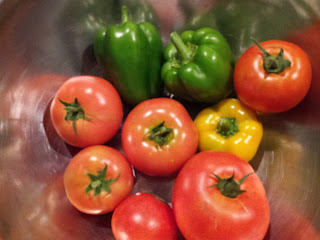 Alzheimer’s is a global problem and scientist from around the world share information in a unified effort to find an effective treatment or cure for Alzheimer’s disease. Representing 65 countries, more than 4,000 scientists gathered in Washington D.C. for the Alzheimer’s Association International Conference 2015.

One of the exciting developments of this year’s conference is a report that new drugs have yielded promising early results for treatment of several brain diseases. Finding the key to effectively treating Alzheimer’s disease may unlock the mystery of other neurodegenerative diseases. Scientists have found common components of several brain diseases, including Alzheimer’s, Parkinson’s, and Lewy body dementia.

What do these diseases have in common? They all cause brain cell death because of a change in the shape of a protein. This protein can become toxic and affects the nerve cells or synapses. The proteins that affect Alzheimer’s disease are beta-amyloid and tau. Lewy bodies are the protein associated with Parkinson’s and Lewy body dementia. Misfolded proteins bind to other proteins and form large aggregates.

What are some of the drugs being tested? Richard Fisher, PhD, NeuroPhage Pharmaceuticals, Cambridge, MA, and a group of colleagues are researching NPT088. This drug has been tested on animal models with Parkinson’s and Alzheimer’s. In most cases, it reduced levels of amyloid beta, tau, and alpha-synuclein (the main component of Lewy bodies). Animal models showed improved memory. Clinical trials should take place in 2016.

Another new drug, TRV101, is being tested in Toronto, ON, Canada, by Treventis Corporation. This group used computer models to screen more than 11 million compounds to find ones that could prevent toxic proteins. In test tubes, TRV 101 is capable of allowing natural clearing mechanisms to remove protein aggregates. Clearing toxic proteins should improve cognitive function. This research has moved to animal testing.

Alzheimer’s is a complicated disease and a cure has been elusive. Effective treatment is more likely to be a cocktail of drugs, rather than a single medication. This is similar to how HIV/AIDs and other disorders are treated.

As with other major diseases, lifestyle changes are part of the treatment for Alzheimer’s. Researchers are optimistic that Alzheimer’s risk has declined for recent generations due to better cardiovascular care, blood pressure management, controlling diabetes, and realizing the importance of physical activity and a healthy diet.

The great thing about lifestyle changes, you don’t have to wait for a drug to come down the pipeline, you can just jump in and begin! Right now improving a healthy diet is an easy fix with fresh vegetables from my garden. This is one time of the year that something that tastes good, homegrown tomatoes, is good for me.

People today are more socially active. At least I know I am. Reading the news on my smart phone or having articles delivered to my in-box keeps my mind active. For fun, I throw in a few crossword puzzles or read a book.

Between research and common sense practices, we are moving in the right direction to make Alzheimer’s a distant memory. 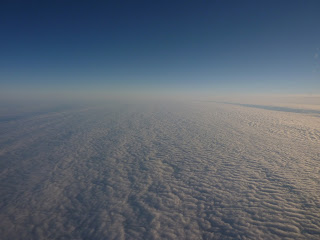 Oddly enough, Ms. Hartman had a valid ticket the day before her arrest, but caused such a disturbance that she was escorted off the plane. I’m beginning to think she wants to be wherever she isn’t, including on a plane. She’s been arrested on the west coast, Phoenix, and more recently in Chicago—at both O-Hare and Midway. She once remarked to reporters that airports were safer than living on the streets.
Why does she keep trying to stowaway on airplanes when it leads to jail time? She said, “Even smart people do stupid things.” Well, that statement is entirely true, but I believe she can’t help herself because she wants to be somewhere besides “here,” wherever here may be.

Maybe all of us have a little of this compulsion to be somewhere else. Who hasn’t spent a tough day at the job and had a strong urge to be at a favorite vacation spot instead? This lady has just carried it to an entirely different level.

When we’re young, we long to grow up. Once we are grownups, we want the carefree days of our youth. Time and space can be our friend or our enemy.

Wandering is a common problem with Alzheimer’s. It’s dangerous for the person and worrisome for the family. Think about how confusing and strange their world is, and it’s easier to understand why they want to find what they’ve lost. Their shattered memory may tell them they live in a certain house, even though they once knew that it had been sold or torn down.

I knew a man with Alzheimer’s who wandered off frequently and walked across town to the house where once he had lived with his first wife. She still lived there, and when he showed up, she phoned his current wife to come and get him. She would  offer him coffee, or breakfast, while they waited.

When life gets tough, we often want to place distance between where we actually are and where we theoretically could be. It’s fight or flight. While most of us fight, a few of us flee.

Maybe Ms. Hartman really is smart and finds jail to be safer than the streets. It probably doesn’t hurt to have three guaranteed meals a day. I believe she knows her chances of boarding without a “ticket to ride” are slim. I would say slim to none, but she managed to fly from San Jose to Los Angeles without a ticket.

Some people try to run away from their problems, but could Ms. Hartman be trying to run away from herself? When she is released from jail, we’ll be hearing about her again. And again. A serial stowaway headed for nowhere, or anywhere but where she is.


http://earlyonset.blogspot.com
Posted by L S Fisher at 3:57 PM No comments: