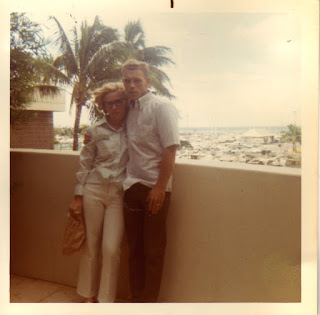 I’ve watched several Hallmark Christmas movies lately and if there’s one thing that can be said for them—they are predictable. Even Harold who isn’t a fan had watched a few minutes of a show a few nights ago.

“Well,” he predicted, “she isn’t going to end up with the guy she’s dating at the beginning of the show—it’s going to be that guy she just met.”

“I can usually tell within the first few minutes who will be a couple at the end. These shows almost always end with a kiss, and a happily-ever-after.”

When I went to bed that night, I opened a Nicholas Sparks’ book. I told Harold, “You know, this book is predictable too. One of the main characters always dies in his books.” And, by the time I finished the book, sure enough. Death happened.

I haven’t figured out why I’m watching Hallmark movies or reading Nicholas Sparks when I’m a big, big fan of unpredictable stories with an unexpected twist at the end. Maybe these little happy movies and tearjerker books just let my mind go on autopilot rather than think about the unpredictability of life itself.

The only predictable thing about life is that it is unpredictable. Nobody, but nobody, makes it through this world unscathed. What really matters is how we handle adversity.

In the first place, Hallmark movies aside, no one outside of a fairy tale, lives happily ever after. A kiss, or getting married, isn’t the end of a story; it is the beginning. When you utter the words, “for better or worse” and “in sickness or in health” you are uttering them for a reason.

The greatest test of traditional wedding vows is whether your love is strong enough to withstand the unpredictable—hard financial times, disease, heartbreak, accidents, death of a dear friend or family member, or even affluence at the expense of family time.

On December 20, 1969, I exchanged these promises with Jim. We didn’t have any idea what the future held for us. We were young and in love, so we took a chance. Life is unpredictable, but whatever it threw at us, we were in it together.

I believe the most unpredictable thing was that my level-headed, intelligent husband would develop dementia at forty-nine. Not only unpredictable, it was unimaginable, which is saying a lot for a person with my imagination.

Still, I wouldn’t have wanted to know on that day in 1969 that it would end the way it did. I’ve always been the kind of person who would never give up on life or happiness no matter what. I hope that never changes as long as I breathe.

Recently, I visited the cemetery to put a poinsettia in front of the columbarium wall beneath Jim’s marker. As I touched his name, a sharp wind blew causing my eyes to water. Well, at least I blamed the wind. When I climbed back into my car, I wiped the tears, and drove away to continue driving the unpredictable road of life.