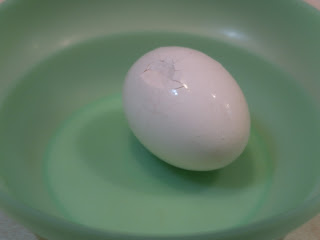 Whenever I buy eggs, I always open the carton and look at the eggs inside to make sure the shells are all intact. Egg shells are fragile. A cursory look will not always spot broken shells in the carton, and the last carton of eggs I bought had two broken eggs in it.

Since I don’t want to get sick from eating a cracked egg, I threw the eggs away. Those eggs will never reach their full potential. They could have been scrambled, boiled, fried, poached, or used in a recipe. Eggs are versatile; at least they are, if they are not broken before their time.

Sometimes, people are broken before their time too. They can be broken mentally or physically. Humans are remarkably resilient, while being fragile at the same time. The mystery of why adversity makes one person stronger and breaks another is beyond my comprehension.

John D. Loudermilk wrote the country song “Break My Mind,” a song about one of the ways people are broken—through failed relationships. Minds can be broken by abuse, failure, humiliation, physical pain, loss, feeling trapped, feelings of not living up to expectations or potential, or PTSD from a past event. Some people become depressed, which can lead to suicidal thoughts.

Jim suffered from PTSD caused by his tour of duty in Vietnam. He dealt with depression and suicidal thoughts for several years. I believe this brokenness was brought on by his experiences in the military and exposure to Agent Orange. I also believe there is a connection between the effects long-term depression had on his brain and the dementia that would eventually be the cause of his death.

War doesn’t just kill and maim people during combat; it has residual effects that change lives forever. It makes some people stronger and breaks others. The VA reports that the suicide rate is twenty-two percent higher for veterans than nonveterans. Twenty veterans take their lives each day.

It took me a long time to realize that I couldn’t make Jim’s depression better. I am thankful that he didn’t commit suicide. Considering the vulnerability Jim had while surrounded by a loving family, I can’t imagine how dire the situation is for homeless veterans, or those set adrift because of alcohol and drug abuse.

In life, circumstances beyond our control can determine whether we live up to our potential or whether we lay broken and bruised. Depression broke Jim’s mind and dementia broke his brain.