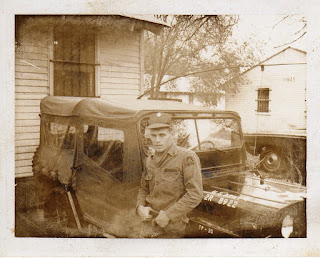 Veterans Day is November 11, but this year the holiday falls on November 10. At least this year, Americans will think about and honor our Veterans for two days instead of one.

The reality of war veterans is that the majority of them are wounded warriors. Some wounds are undeniable because they are visible, like Tommy’s wounds. Others have invisible wounds inflicted by chemicals and other environmental factors. Agent Orange and chemical exposure during other wars can be passed onto descendents, abroad and here at home.

Equally debilitating are the heart and soul wounds that battle within. Twenty-two veterans take their lives each day. I hate to even think how many contemplate suicide or attempt suicide. I know that Jim contemplated it many times.

There is no hard and fast evidence that Jim’s dementia had anything to do with his military service in Vietnam. I do know that he battled depression throughout most of his adult life. I also know that he was exposed to Agent Orange. I know that he suffered from PTSD, including flashbacks. I know that he had two complete mental breaks that required hospitalization. I know that he took medication that had long-term detrimental effects on his health.

Exactly how much Jim’s military service contributed to his dementia may seem to be more intuitive than proven. Although I had no luck convincing the VA that there was a connection, science is beginning to catch up with my conviction.

Several studies on veterans who have PTSD (or PTSS as it is now known) indicate that they are twice as likely to develop dementia. When you consider that 30% of Vietnam veterans and 17% of Iraq and Afghanistan veterans have PTSS, the dementia connection needs to be seriously addressed.

Our veterans deserve more than a pat on the back or a “welcome home” in recognition of their sacrifices for our country. They deserve the best health care for all their visible and invisible wounds. As a nation, we have an obligation to reduce the risk of suicide, dementia, and other health problems with a connection to military service.

Veterans are the folks who laid their lives on the line for the rest of us. Some came home broken and it is high time that the government does everything in its power to make them whole.

Can we ever have war without fatalities and a host of wounded warriors? Will the world ever be at peace?

Until that utopia, we must take care of our veterans. Every day needs to be Veterans Day.