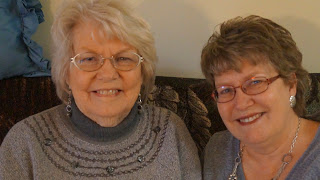 I can remember a co-worker who always said getting old was better than the alternative. She did have a solid point.

Unfortunately getting older does have its pitfalls. A good day can be defined as one when something isn’t aching. It seems that the older we get the harder it is to jump out of bed in the morning. I tend to drag myself out of bed and head toward the coffee pot. After the first cup and a few stretches, I feel almost human again.

It scares me to think that I’m the age now when Alzheimer’s isn’t even considered early (or younger) onset. Nope. I’m solidly into the age where if it happens, it falls into the statistical data as the ages of greater vulnerability.

Although Alzheimer’s is a disease and not a normal part of aging, age is still the biggest risk factor. If that news wasn’t bad enough, two-thirds of the Americans living with Alzheimer’s are women.

A gene called APOE (apolipoprotein E) regulates lipid metabolism. Less than five percent of the population has APOE2. This gene lowers the risk of Alzheimer’s. The most common variant is APOE3 which does not affect risk of the disease.

The culprit is the e4 version that increases the risk of Alzheimer’s disease. Most of us don’t know whether we carry the e4 version of APOE. Jim’s neurologist asked to do genetic testing on Jim and I gave permission. He had one copy of APOE4 and one APOE3.

Gender further increases risk, especially for women. A study at Stanford University Medical Center in California used brain-imaging studies to determine that a woman with one copy of APOE4 has a much greater risk of developing Alzheimer’s than a male with one copy.

A study at the University of California found that women with a genetic predisposition to develop Alzheimer’s disease do so at an escalated rate between the ages of 65 and 75. It is believed that the reason the risk increases for women in this age bracket is because menopause and decreased estrogen begin at about 51.

People whose parents have dementia often fear developing dementia in their older years. My dad died when he was my age, but my ninety-year-old mother is as sharp as ever. I believe part of Mom’s success is that she is active and takes almost no medications. In fact, we’re pretty sure she’s in better health than my siblings and I are.