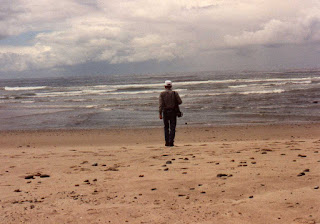 Lately, I’ve been posting some short passages to Early Onset Alzheimer’s blog from Indelible, a memoir in progress. Several people have asked me when I will finish the memoir, and the short answer is “I don’t know.” I believe I can have it finished by this time next year, but there are no guarantees.

I began putting the memoir together in 2008, but the source documents date back many years. I began documenting Jim’s health from the time I first noticed something was terribly wrong. This document was extremely useful when we began the physician circuit looking for answers. Did you notice that you have to fill out forms for every doctor you see? It was much easier to answer the questions when I knew the answers.

“Wow!” One nurse said when I handed her Jim’s health questionnaire. “I don’t know that much about my own medical history.”

“I don’t know that much about mine either,” I admitted.

In addition to capturing emails where I kept friends and family updated on what was going on with Jim, I transcribed a collection of audio tapes. I kept the recorder in my car and as I left the nursing home, I talked about how things were going at the home, with Jim, and often the humorous antics of the residents.

I started each tape with the date: “It’s October 15, 2004, and I’m on my way home…” By the time I heard my voice saying the date, I would know whether it had been a good day or a bad day. Often I’d say, “I’m just so tired.” It seemed like I never had enough hours in the day and that I sacrificed sleep to get everything done.

When I pulled all this information together, I had an unwieldy documentary of our dementia journey. Every time I sat down to work with the raw material, I became overwhelmed. The enormous task of weeding through the minutia to uncover the story was part of the problem, but the biggest problem was dealing with the emotional blow of re-living the most heartbreaking years of my life.

In January 2008, I decided to begin a blog dedicated to early onset Alzheimer’s. My first blog post, “The Indelible Mark” was an epiphany brought on by a dream.

What does an indelible marker have to do with dementia? When someone we love has Alzheimer’s or a related dementia, we often think they are fading away as their memories and skills are erased. We grieve for the past and dread the future. Yet, we are blessed with living in the present and find moments of joy radiating in the midst of an ordinary day.

When Jim developed dementia at forty-nine, we knew life would never be the same. Our memories eventually became my memories. The disease stole Jim from me, but it could not steal the indelible mark he left behind.

Alzheimer’s Anthology of Unconditional Love are indelible images of Jim. In one picture, he smiles from beneath his favorite Stetson. In the other, he walks away from the camera on a beach in Oregon. I can’t imagine his indelible memory living in a happier place.

This short blog post was the beginning of telling Jim’s story in a manageable way.

Helping edit my brother’s memoir Sanctity inspired me to go back to work on our story. So I pulled up the rough draft and began working my way through it.

I am in a better place to work on the manuscript now. Enough time has passed that I can handle the emotional baggage—most of the time.