A Box of Memories 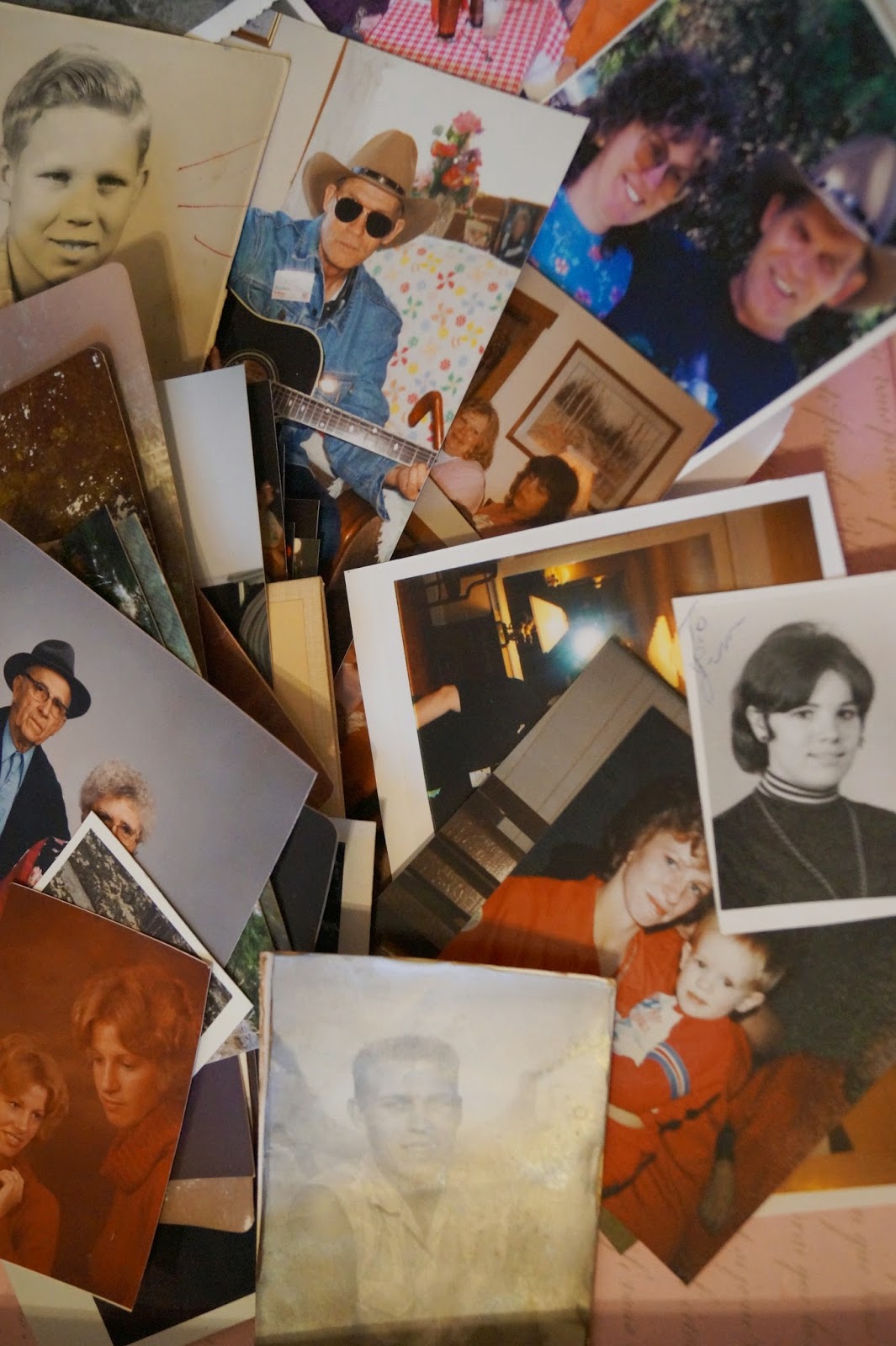 Last week I opened a box of photos and found a hodgepodge of  memories packed inside. I had stashed miscellaneous photos in this box and the memories spanned decades—many decades.

I started sorting the loose photos into labeled envelopes with hopes that eventually I could find a specific photo when I wanted. I began the task of labeling photos and trying to date them. Some were still in the envelopes from the various places where I had them developed. Although I didn’t take the time to label the photos, I often put the place and year on the outside. As I shuffled through them, I was reminded of happy times, family reunions, vacations, and get-togethers.

I was searching for a photo for an Alzheimer’s presentation I’m giving this weekend, and in addition to the box, I sifted through thousands of photos on my computer. I was amazed at how many of the digital photos I didn’t remember taking.

I’ve finally started organizing my digital photos by putting them in folders by subject and by year. It does make it easier to find that one photo I’m looking for to jog a memory, savor a moment, or for a brief wallow in nostalgia.

As I’ve gotten older, I’ve discovered how important it is to have these mementos. Too many people are gone before we’re ready. Too often family moves across country, and our paths won’t cross for years or decades at a time. Or maybe we won’t meet again on this side of heaven.

Rare old photographs are meant to be enjoyed and shared. Poor families have fewer photos than wealthier ones. You not only had to buy a camera, you had to purchase film, and then pay to have it developed. Sometimes the process took months if you hadn’t taken the entire roll of film. Or, you’d put it aside and forgot to have the photos developed. When that happened, photos often had a strange cast to them. It seemed like in every group photo at least one person was looking away, talking, or had her eyes shut.

I know my mother-in-law lost a lot of her family photos in a fire. Those irreplaceable images are gone forever.

What a different world it was then. My hairdresser and I were talking about the numerous “selfies” people take today. She was wondering why her daughter had to have so many pictures of herself.

Well, let’s face it. The younger you are, the better the photos turn out. At my age, I prefer to have my hair fixed and my makeup on. It doesn’t help to be dressed in something that makes me look like a baby elephant. It’s hard to look trim in photos when you aren’t in real life. But let’s face it—there’s good photos and not so good ones.

This morning when I was organizing some of my digital photos, I saw one Harold took of me with my new camera. I didn’t have a speck of makeup on, and in high quality digital, you can see every flaw on my face. I almost deleted it, and then decided what the heck, it wouldn’t look bad at all with a little Photoshop magic.

It is so easy to scan or take a photograph and share within seconds on Facebook. As I’ve uncovered some of the treasures in the box of pictures, my first thought was to share them with family members. I love looking at old photos others share on “Throwback Thursday.” The photos make me smile—sometimes through tears—but a big smile, just the same.

I’m so glad that I have thousands of digital and prints of people, places, and memories. Photos are slices of life—precious moments frozen in time.