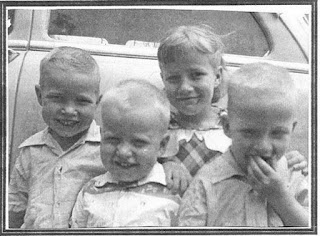 A few days ago, I was chopping an onion. While working on the mundane task, I began to ponder various subjects.

During times of contemplation, I tend to be a deep thinker and it takes me to a different place. The first thing I thought about was how careless we can be in our conversations with our loved ones. I saw two family feuds play out online for everyone to see. Hurtful words, accusations, misunderstandings, and throwing zingers out there for everyone to see.

Why would someone do that? The onions made my eyes sting as I thought about how sad it was that words could cause such a rift.

Knowing there was nothing I could do about that, I turned a mental page and opened a new chapter of thought. I thought about death and illness. Why did dementia find Jim? Try as I might during my rumination, I found no answers. It’s not as if there was something off with his thinking. Jim was a logical, deep thinker and talented in so many ways.

Without answers, I continued to chop the onion into bits and traveled to a different time and place. My hate-affair with illness goes back to childhood. I never could understand why people had to be sick or feel pain. It was a puzzle with too many pieces for a child to put together. Even now as an adult, I still don’t comprehend why a human body can have so much go wrong with it.

On the other hand, when you think about the complexity of human anatomy, how can so many body parts work in harmony? Every individual is different. Some are happy and healthy, while others are plagued with misfortune.

My memories from a half-century ago were as choppy and incomplete as the pieces of onion on the cutting board in front of me. When I looked at old photos of myself, I felt like it was a different life. I’ve changed and my whole way of life has changed.

Now, we take photos of everything, but when I was a kid, photos were rare. My favorite two photos were taken when I was about five years old. I wore a cute dress and posed on the hood of our car.

Somehow, those pictures wound up in Jim’s billfold, and he carried them around from the time we were dating until a few years after his memory problems began. For some reason, those photos disappeared from his wallet, and I have no idea what happened to them. I imagine they will turn up some day, but for now, it’s just another mystery to think about when I chop onions.

The way people weave in and out of our lives is another mystery to contemplate. It seems that people who are so important at one stage of our lives vanish into the mist of time. Some leave, others appear. No one ever replaces the loved ones who left us behind when they moved on, or passed away. Yet, at the same time, new friendships are formed and births allow our hearts to love again.

I chopped the onion into tiny little pieces and thought about how it would never be a whole onion again. It would be silly to think that it could be. The onion was forever changed, but it was still an onion.

Chopping an onion gave me time to ruminate about the mysteries that have perplexed me throughout my lifetime. As I finished my task, I wiped away the tears the onion brought to my eyes, pushed away the troubling thoughts, and snapped back into the present.