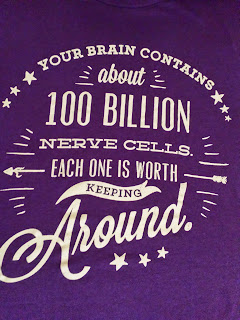 Lately, I’ve been having issues with autocorrect, especially on my phone. The first problem with the phone is the small keyboard makes it easy to type a word incorrectly, and when autocorrect fixes that, I’m happy. But too often autocorrect will take a word that makes perfect sense and replace it with one that changes the entire meaning of what I intended to say.

Autocorrect problems aren’t limited to my phone; it can create havoc on my PC. A few days ago, I was going to a luncheon in Warsaw and I wanted to know just exactly how long it would take me to get there. That’s usually a simple task—just plug in my home address and in the destination plug in Warsaw, MO. Except that autocorrect in its infinite wisdom kept changing it to Warszawa, Mazowieckie, Poland. As if I could drive to Warszawa, Poland—AND get there in time for lunch! Then, since the program was so helpful, it wanted me to install something before I could actually get those driving directions.

I wasted precious travel time trying to change the destination to Warsaw, Missouri, USA only to have it changed to Warszawa time-after-time. After autocorrect won the battle, I kissed my husband goodbye and said, “I’m leaving right now. I’ll use OnStar to find the restaurant.”

“Set it before you leave,” he said. Well, I’ve been down that road, so to speak, many times before. I didn’t want the OnStar voice to direct me across town using weird streets, so I waited until I was on the open road. The OnStar advisor plugged in helpful directions, and I never had to leave the state, much less the country.

It’s not only electronic devices that autocorrect, my brain does it too. Preoccupation results in senior moments where I go to one of my usual destinations rather than where I’m actually headed.

Considering how complicated our brains are, with 100 billion nerve cells connected by 100 trillion synapses, it doesn’t take too much imagination to believe my brain might do its own type of autocorrect, jumping the rails, so to speak. I shouldn’t complain, though, because I believe my senior moments are simply a slight slowing down and not the catastrophic confusion of Alzheimer’s.

Here’s how the Alzheimer’s Association explains the difference between normal aging and Alzheimer’s: Poor judgment and decision making can be a sign of Alzheimer’s, but occasionally making a bad decision is a sign of normal aging. If you cannot manage a budget, it could be Alzheimer’s, but missing one payment is a typical sign of aging. Having difficulty conversing with others could be a sign of Alzheimer’s, but sometimes forgetting a word is normal aging.
I believe autocorrect should be renamed “auto-incorrect” especially when it refers to my thinking. As far as electronics, it’s a battle of me against machine to see which one of us is the most stubborn. It irritates me to have to click on a checkmark to let autocorrect know that yes, I did mean to type “address” not “espresso” as in “I need your address,” not “I need your espresso.”

Moment of truth—sometimes I blame autocorrect when I slip a cog and actually type something I didn’t intend to. You know, like one of those Freudian slips. Sometimes I might actually need espresso just to stay alert. It seems to me that when I’m alert, I don’t auto-incorrect nearly as often.