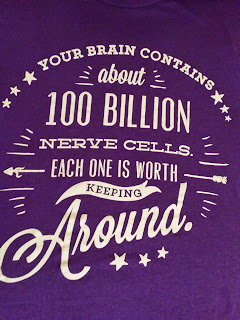 When you name your company after the highest mountain in North America, you know you have great expectations. A new company, Denali Therapeutics, has taken on the challenge of finding a cure for neurodegenerative diseases, including Alzheimer’s. Their task is formidable, and that is the reason they chose Denali for their name.

The former Genetech researchers began their venture with an astounding $217 million. Denali’s chairman of the board, Dr. Marc Tessier-Lavigne, believes that the time is right for breakthrough treatments for neurodegenerative diseases.

This group of scientists plan to break away from the study of drugs to block beta-amyloid. Their focus will be on genetics, which has led to effective drugs for cancer. Scientists have discovered new genes linked to brain diseases such as Alzheimer’s, ALS, and Parkinson’s. They believe these “degenogenes” will lead to a better outcome than previous drug studies.

Hallelujah! How often have you heard that if you keep trying the same thing you’ll have the same outcome? Alzheimer’s research is at an impasse. No one has found the illusive cure, or even a good treatment for the disease. It is time to try a complete new approach and these seem like just the guys to do it.

The company is looking at brain inflammation and the substances that develop between brain cells. They are concentrating on the factors that cause brain cells to die when a person develops a brain disease. They are already looking at twelve drug targets!

The brightest brains in the world have banded together to tackle the most baffling disease left to conquer. Now, they hope to engage the Food and Drug Administration in fast tracking brain drugs for Alzheimer’s as they did for HIV and other diseases.

Today I’m wearing a tee-shirt that says, “Your brain contains about 100 billion nerve cells. Each One is Worth Keeping Around.” I want to keep as many of those precious cells as I can. Don’t you?

Copyright © May 2015 by L.S. Fisher
http://earlyonset.blogspot.com