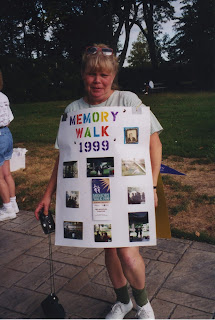 The Christmas season this year was a bummer. I was ambivalent about decorating since we had decided to cancel our Christmas get-together. I put up two trees, and arranged some random decorations.

I finally decided to drag out some of my nutcrackers. I went downstairs, pulled out a few tubs of my collection, and took them as far as the family room in the basement. I noticed a light on in the bathroom, so I decided to turn it off. As I reached for the switch, I noticed the carpet was wet in the bathroom. Before long, I discovered the carpets in the hallway and my office were saturated.

I made an emergency call to my favorite plumber. Before long, help arrived, and Dakota gave me the bad news that everything was backed up in the pipes. Before the day was done, the septic tank was pumped and the plumbing was working again.

I began the marathon of emptying my office. Who knew that a person could accumulate so much stuff? After we moved the contents of my office to the family room, my son Rob and brother-in-law Terry ripped up the still soaking wet pad and carpet out of three rooms.

Rob carried the tubs of nutcrackers back to storage. This is the first time in twenty years that they weren’t on display.

We called in a professional to dry everything out and stop any mold. The fans and dehumidifiers were set up on Christmas Eve.

Christmas morning we had just finished breakfast when Eric called to break the sad news that Jim’s sister Dinah had passed away. Just when I thought 2020 couldn’t get any worse.

Dinah and I used to spend a lot of time together. Years of memories whirl through my brain when I thought about our adventures. We used to pile our kids in the car and go to garage sales or to shop for everything from shoes to groceries. She and I came up with a couple of failures as far as money-making schemes. We picked up walnuts and sold them. I suppose we made enough to pay for our gas. Another time, we picked apples. After a few days of teetering ladders and exhaustion, we realized we only made about half of minimum wage.

A memory that has always been on my heart was one time we were in downtown Sedalia. Before we got out of the car, we saw two elderly women walking slowly arm and arm down the street. “Someday that will be you and me,” Dinah said. When I heard of her passing, my first thought was we never got to be those old ladies.

Jim and Dinah had always tormented and teased each other. Dinah had a hard time accepting that Jim had dementia. It was only through trial and error that she realized that Jim had changed so much their bantering was a thing of the past. Her love for her brother never wavered, although everything about their relationship had changed.

Throughout this long, miserable year, we’ve lost several friends and family members. I know a lot of us had a blue Christmas. Maybe next year the blues will vanish like magic and we’ll have a white Christmas. Next year I hope I feel like decking the halls and lining the shelves with my nutcracker collection.