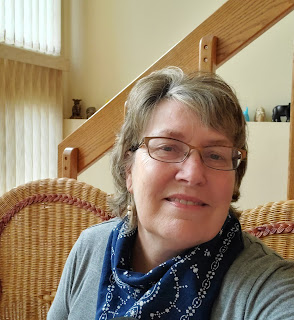 The past week has brought a drastic change, but I’m not sure what caused it and how to keep the level of comfort I presently have. Like a miracle, I’ve had seven consecutive pain-free days.

Pain has been a constant in my life for several years, with only varying levels. For the past few months, the level has been unmanageable. I’ve used capsicum patches, braces, ibuprofen, good shoes, and being careful not to lift too much. I’ve followed the doctor’s order to pace myself, as if I had any other choice.

I’ve had to sleep in soft leggings with my knees bent to lessen the pain. A few nights ago, my Halloween leggings were in the laundry so I wore my super soft Christmas leggings. I woke up in the night and straightened my legs, and immediately noticed—no pain. As amazing as that was, I was also able to close my right hand. The swelling and stiffness was gone.

What had changed? I thought back and could only find minor changes. I had run out of my low sodium V8 juice and hash browns and wondered if the nightshade and arthritis connection could be real.

Pain can be the bane of a person’s existence. Jim had persistent neck and back pain. When he was in the first nursing home (before he was kicked out), they weren’t good at pain management. I would go to see him, and he would be holding his back and walking bent over. The first thing I would ask is, “Have you given him his pain meds?”

Jim didn’t talk, so I’m not sure how he was magically going to tell them he needed pain medication. “Look at him! He is obviously in pain.”

They lost my trust, and at the care plan meeting, I finally got them to agree to give him pain medication on a schedule.

I don’t take pain medication for my arthritis. If the medication is strong enough to mask the pain, I will throw up. My nightmarish experience several years ago after surgery was vomiting so violently it made me feel like I was coming apart at the “seam.”

My ortho doc has been on the same page with me to avoid surgery. I’ve also heard mixed reviews of knee surgery, so I’ll put it off as long as humanly possible without damaging my knees beyond repair.

I have a reprieve, at least for now. If I don’t  figure out what happened and how it happened, I’m afraid the problem will come back with a vengeance.

Could it be the extra breaks, the shoes, avoiding nightshade vegetables, or  something I haven’t thought of? Could it be the comfy Christmas leggings?

Whatever the reason, it is a gift. It isn’t far from the realm of possibilities that it could be a little early Christmas magic at work.