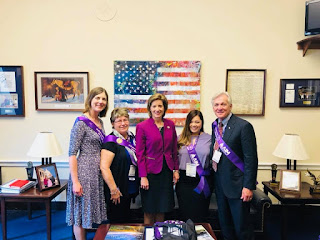 A few days ago, I was listening to some songs on my Kindle in an attempt to find something to sing with the Capps Family Band at our nursing home gigs. I listened to Patsy Cline, Emmylou Harris, Ray Price, Jim Reeves…and the list goes on. Eventually, I went out of YouTube and decided to go to bed.

After I was ready for bed, I woke up my Kindle and clicked on the Book tab. I heard the intro to the Johnny Cash version of “Ring of Fire” with its unmistakable mariachi horns. The music stopped when I opened the book I’d been reading. The book? Ring of Fire by Brad Taylor.

Some might call that a coincidence, but my goose bumps classified the experience as more “weird” than “coincidental.” It seemed it was a message of some kind, but I didn’t have a clue as to what it could possibly mean.

So if we think of love circled with a fiery ring, I believe you could say that nothing could penetrate that ring to destroy the all-consuming love within its circle. However you look at it, fire in the song is symbolic. Fire has many symbolic meanings, and I found the one that could mean something to me: Issues you are consumed by—a strong passion or prolonged obsession. Regardless of that stalker-esque phrase, I choose to relate it to my passion for being an Alzheimer’s advocate.

When my daughter-in-law and I tried to get corporate sponsors, we realized that people didn’t know much about Alzheimer’s. They often referred to it as “old timers” disease. They thought age caused it and it just happened to elderly people. No big deal—just a part of growing old. The first priority was to educate them that Alzheimer’s was a degenerative brain disease.

I went to Washington, DC, for the Alzheimer’s Forum for the first time in 2001. By then, Jim had been in long-term care for a year. We went to ask for $1 billion for Alzheimer’s research and for legislation to help the families dealing with Alzheimer’s. It didn’t take long for me to find out that most senators and representatives didn’t know much more about Alzheimer’s disease than the folks back home. After much persuasive talk, we got a tiny fraction of our lofty goal. This pattern was repeated year after year. Sometimes we gained a small amount, other times we held steady, but a few times our funding was decreased.

A lot of things have changed since my first trip to DC. As I look forward to my 19th trip next week, I know we will meet with legislators who know exactly what Alzheimer’s is and how devastating it is to the families and to our government. Our senators and representatives are important partners in the fight to end Alzheimer’s.

Yes, we’ve won many battles, but now we need to win the war. Current research funding for Alzheimer’s is beyond our wildest dreams of nineteen years ago. The National Alzheimer’s Plan was passed in 2012 to find an effective treatment or cure by 2025. It seemed like we had plenty of time to meet our goals, but time has gone by with promising treatments falling short of the target.

We must fund successful research and break through the ring of fire that separates Alzheimer’s disease from a cure. In the meantime, we need to surround persons with dementia and their care partners with a circle of love and caring.

Before Johnny Cash recorded “Ring of Fire,” he had a dream of the mariachi horns. He made his dream come true by taking action. Well, I have dreams too, and I plan to take action at the Alzheimer’s Advocacy Forum on April 2.

Thanks for your passionate fire and all that you do, Linda! Best of luck in DC. Go get 'em!