Women and Alzheimer’s: The Double Whammy 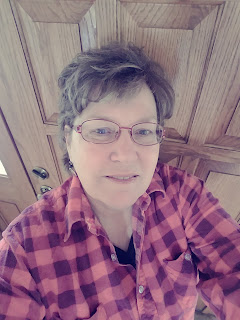 Two-thirds of the 5.5 million Americans with Alzheimer’s are women. Why? The most obvious factor is age. Women have longer lifespans and are more likely to reach the age of highest risk. Women worry more than men do about developing Alzheimer’s, and with good reason. A sixty-five-year-old woman has a 20 percent risk of developing dementia during her lifetime. I don’t know about you, but I’m not happy with those odds.

Being a caregiver for my husband was never a part of my vision of our life together. Jim was decisive, a man of strong convictions, protective, creative, and loving. Never in my wildest imagination could I have envisioned the turn our lives would take when he developed dementia. And certainly, if an Alzheimer’s type of dementia had entered my mind, I would have thought of him as an elderly man, not one who wouldn’t live to see his sixtieth birthday.

The job of caregiver falls more often on women. They are two and a half times more likely than men to provide around the clock care for a loved one who is in the late stages of the disease. Female caregivers are daughters, wives, siblings, friends, and in younger onset—mothers. In a study of caregivers, indications are that females are substantially more likely than males to provide intimate personal care for their loved one with Alzheimer’s. Female caregivers assume responsibility for bathing, dressing, toileting, and changing adult diapers.

I was in my forties when Jim developed dementia and worked full-time. Quitting work wasn’t an option for me. There were times when the challenges of juggling a job and caregiving seemed overwhelming. Jim required only about four hours of sleep at night, and I often went to work sleep deprived and emotionally drained. To further complicate things, from time-to-time I would receive a phone call and have to go home to tend to the latest challenge—wandering, refusing to let someone else do something for him, or just to comfort him when he was scared or depressed.

Think about it—as a woman you are more likely to be a caregiver for a loved one with Alzheimer’s, and then, after years of caregiving, you are more likely to develop the disease. We women have a large stake in ending Alzheimer’s. Our brains matter to us, and we want to keep them healthy throughout our lifetimes. We need to join together as women, as caring people, and as advocates to end Alzheimer’s now.