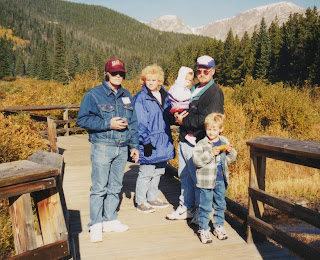 I saw a video that showed a young girl playing a guitar and singing “You Are My Sunshine” to her baby brother who has Down syndrome. Through music, he now has a twelve-word vocabulary. According to his mother, “Every word he has learned has been through music and singing.”

Music has always been a big part of my life. My mom came from a musical family and Saturdays were often spent at Grandma and Grandpa’s house for impromptu picking and grinning. I guess I thought everyone was raised like that.

Then, I married Jim and it was more of the same. He often invited all his guitar-picking, honky-tonk singing friends to our house for jam sessions. If we weren’t at our house, we were at his mom and dad’s or uncles. We seldom traveled without Jim’s guitar. His family was like my family.

None of us had much in the way of worldly possessions, but there’s a richness born from hearing a heartfelt song. Some of the best stories are told in the words of a three-chord country song.

Music can lift your spirit, give you a way to express your innermost worries or thoughts, and warm your heart. Music is therapy.

My family—91 year old mother, brothers, sister, sister-in-law, and niece—has a band that plays at area nursing homes one week each month. The residents really enjoy the old songs and look forward to the music fest on the appointed day. My brother Jimmy selects the songs each month to make sure the ones they choose are the songs the residents appreciate hearing. The songs my family sings strike a chord in the hearts and minds of their audience.

John Carpenter, founder of the Rebecca Center for Music Therapy in New York believes that live music “empowers clients to emerge from the isolation imposed by Alzheimer’s disease and dementia.” He believes that listening to music helps with memory recall, positive moods, helps manage pain, and helps people with dementia interact socially with others.

Jim played his guitar every day, even during the early days of dementia. He learned to play the mandolin at an early age so he had that long-term memory to help him maintain his musical talent long after he had forgotten other skills. The time eventually came when he played the same tune repeatedly and he forgot the words to songs he had known for years.

He still listened to music. He had a Walkman with headphones that he carried with him everywhere. He listened to the songs he used to play and sing. He still tapped his foot and kept time, but he didn’t sing along. He listened in occupied silence.

Jim’s mom said he cut his teeth on his dad’s guitar. He came into this world to be surrounded by music. A big part of his life was music. He left this world to the sounds of his favorite tunes. Music was his therapy.