Memory Trick and Tricks of Memory 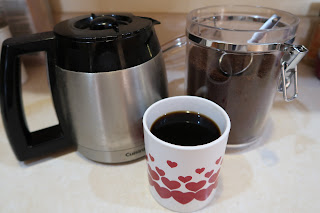 As an Alzheimer’s blogger, I think a lot about memory and how it often tricks me. My husband finds that memory tricks, or association, helps him to remember some important fact.

About thirty minutes later, he said, “What was that number I asked you to remember?”

“Well, if you remembered it, why did you ask me?”

“It’s really easy to remember, if you remember the first number is two, and if you subtract two from eight, you get six.”

“Uh, okay,” I said. I really didn’t think that would help much.

My most memorable experience with association as a memory trick was a speaker who spoke at an assembly at the College of the Ozarks. The man, whose name I do not remember, walked around campus and learned the names of a few dozen students.

At the assembly, he had them stand up and he pointed at them one at a time and gave their names. He explained that he had accomplished this feat of memory by associating the name with a mental reminder.

Later, a student inspired by the speaker’s phenomenal memory decided he could learn the trick. “Everyone calls me Capps,” I said. After that day, he called me “Tops” because he pictured something on top of my head.

Memory problems can create amusement for those of us who are so distracted that we can’t remember simple things anymore. Normal aging accounts for a certain amount of forgetfulness. My husband thinks my memory problems are because my mind is clogged up with too much trivia. “It doesn’t work like that,” I confidently assure him every time he says that.

One time, we were on vacation and Jim started to make a pot of coffee. The following excerpt from Jim’s memoir Indelible explains how dementia can turn an everyday task into an ordeal:
One morning Jim prepared to make coffee in the in-room coffeemaker. He picked up the pot, set it down, picked it up, and set it down. He looked around in confusion trying to decide what to do next. From the bed, I said, “Put coffee in the basket.”

“Turn the pot on.” He turned it on. As soon as the coffee was done, he was back in full form. He poured the coffee into the thermos, cleaned the pot, and brought me a cup of coffee in bed.

Memory is a tricky thing. As far as that pesky number, Harold and I were on our way to an appointment and he asked, “Do you remember the number I asked you to remember yesterday.”

“Two-eight-six,” I replied without hesitation. “What I don’t remember is why the number was important.”

Harold thought about it for a few minutes. Finally, he broke the silence with, “I don’t remember either.”