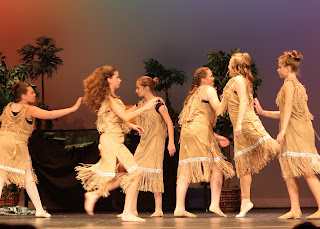 My granddaughter was in a production of Dancing to Never Land, and I drove to Jefferson City to watch. As we were waiting for the program to begin, I remembered to silence my phone. While we patiently waited for her part, I took photos with my spanking new camera to make sure I could get quality photos.

An hour-and-a half into the program, my phone began to play a happy tune. What? How could that be? Of course, it didn’t play its tune during a set change or when the music was loud—oh, no, it was during a quiet time. Then, it dawned on me—it was my sunset alarm. Since we’ve been closing the blinds in the evenings, I don’t have my bird’s eye view of the setting sun, so I set an alarm to remind me to look. Turning off the ringer and media sound does not silence the alarm.

Last Sunday I heard a phone ringing during the pastor’s message. It rang, and rang, and rang. I don’t know if the person was deaf, ignoring the ring, or not wanting to call attention to himself by pulling out the phone.

Maybe they thought it was someone else’s phone. That happened to me once many years ago during an Alzheimer’s Board Meeting with my first cell phone. I could hear a phone ringing and thought, “How rude!” Except, when I reached my car I saw I had missed several phone calls. My son wanted me to know that we were under a tornado warning. He didn’t know I was in a different town at a meeting.

Then, there’s always the talker that won’t stop when a prayer begins. They are way too involved in a conversation to notice everyone has fallen into silence. How annoying that all you can hear is their conversation instead of the prayer.

When some people are alone, they have to fill their home with noise—the TV, radio, or some other racket—but I always loved the quiet. I’ve never found anything more soothing than the sound of silence, or the quiet sounds of a country night.

I’m not the only one who reveres silence. Others have provided poetic and practical observations about silence:  silence is golden, listen to silence—it has much to say, speak only if it improves the silence, silence speaks louder than words, silence says it all…

I saw a TED talk on noise. Julian Treasure said that most noise in our lives is accidental and unpleasant. Noise affects us physiologically, psychologically, cognitively, and behaviorally.
Silence or soothing noises can improve productivity and improve mood.

After leaving a party where dozens of conversations are going at once, walking out of a noisy restaurant, or shutting off a too-loud TV, I retreat into my favorite environment of stillness and relaxation. My mind thinks, “What a relief!” I’m in my element when all I can hear are the blessed sounds of silence.