Letters About Alzheimer’s and Coconut Oil 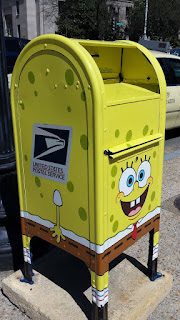 I checked my Post Office box a few days ago and was pleasantly surprised to see two handwritten missives. In today’s atmosphere of mass mailings, junk mail, advertisements, and “or current occupant” mailings, it is almost mind-boggling to get one handwritten note, much less  an entire letter.

The first note was from one of our Walk to End Alzheimer’s sponsors. Jessica Snell and I had recently delivered T-shirts and a copy of Broken Road: Navigating the Alzheimer’s Labyrinth, a publication of my 2014 Early Onset Alzheimer’s blog posts. After thanking us for the shirts, she wrote, “It’s our pleasure to support this effort. I have forwarded your book to our social workers and case managers because I thought they would find it insightful.”

The other note was from a gentleman who began with “I have Alzheimer’s, and I read your book.”  He didn't mention which book he read. In addition to the first book I compiled and edited, Alzheimer’s Anthology of Unconditional Love, I have seven other Alzheimer’s books from my blog. “My wife said I have quit talking and reading. Today I read your entire book and I will read the Bible for two years.” He went on to talk about his coconut oil regimen. He said that one of the things I did not mention in my book is coconut oil and its benefits for Alzheimer’s.

He is not the first person to ask why I haven’t talked about the benefits of coconut oil. This is one alternative treatment I never tried on Jim, so I have no personal experience to share.

There is little scientific research on coconut oil and Alzheimer’s disease. A trial was supposed to be completed in September of this year, but for some reason it has been delayed and the results are not yet available. So, basically the jury is still out on the benefits, or a possible downside, of coconut oil therapy.

Coconut oil has its staunch supporters and anecdotal testimony. Some testimonials say their loved ones showed immediate improvement after taking daily doses of coconut oil for a short time.

A cautionary tale is that the safety of coconut oil in medicinal amounts is unknown. Its effect on cholesterol levels in high dosages is in dispute. Another consideration is that just because something is “natural” doesn’t mean it is safe when taken in abnormal amounts.

I know the frustration of waiting for an effective treatment for Alzheimer’s and I, too, used vitamin E supplements for Jim. I did clear the dosage with his physician and told every specialist he saw that he was taking it. None saw it as a problem.

I also take a couple of supplements—CoQ10 and MegaRed for joint problems. My physician knows I take these, and I’ve seen tremendous benefits from taking both. I took different levels until I found the lowest dosage that provided the best results. They don’t work for everyone, but I have confidence this regimen works for me.

Perhaps, it is the same with coconut oil. It may not work for everyone, but it may work for others. I do know primary caregivers will see even subtle changes in a loved one with dementia. We want the highest quality of life without causing any harm.

Once the larger studies are completed, science may come down on one side or the other in the coconut oil question. In the meantime, I would urge caution and consultation with a trusted medical professional before beginning any alternative treatment.