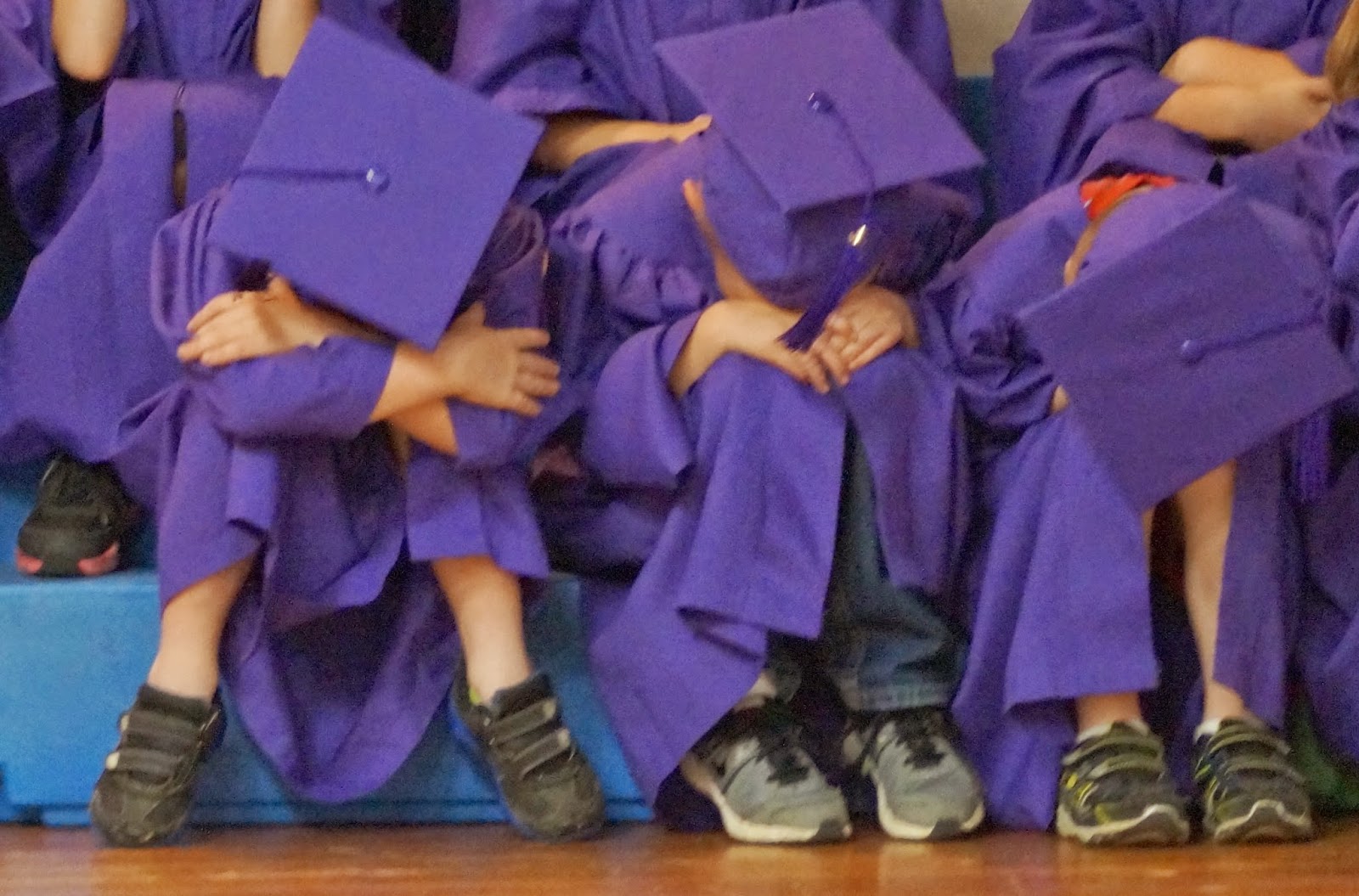 Life is always moving forward, and I participated in two different types of promotions this week. One promotion was my grandson from kindergarten to first grade complete with cap and gown. The children performed delightful programs, but not all entertainment was during the performances. My grandson decided his hat was more comfortable twisted sideways and that was how he wore it most of the evening. The boy sitting next to him had his tassel swinging between his eyes.

We ended the evening with cakes, cupcakes and punch. One cake said, “Goodbye Kindergarten” and the other, “Hello First Grade.”  I’m sure time will fly by between now and the day this group of youngsters will walk the stage again to receive high school diplomas. It might be interesting to compare their behavior at that graduation with this one. 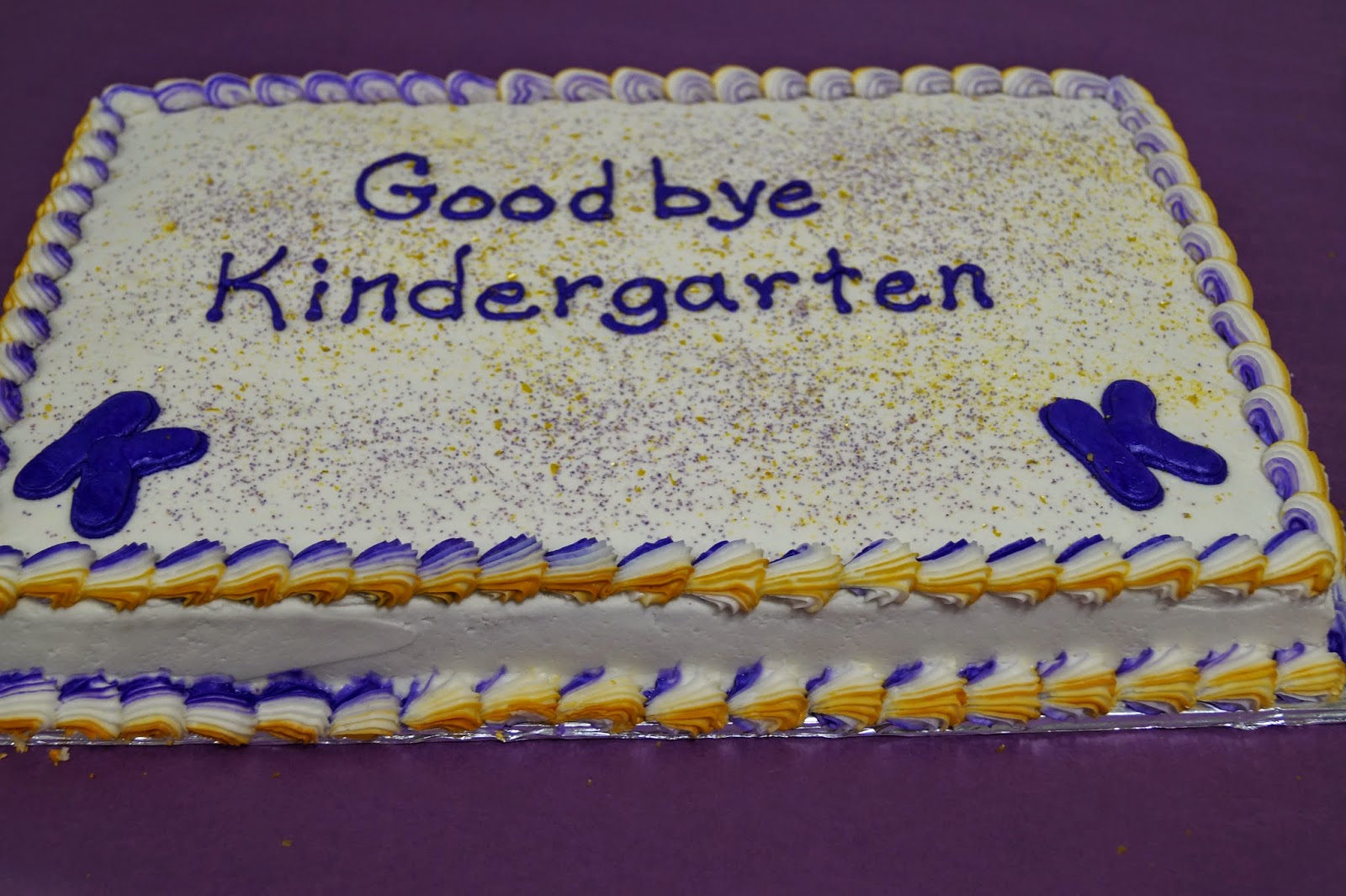 The other “moving on” event this week involved a promotion from the world of work to retirement. Staff, board members, and former board members surprised Linda Newkirk, executive director of the Alzheimer’s Association Greater Missouri Chapter, with a retirement reception.

It was good to see some of the former board members I had lost contact with over the years. Some of the Board members at the reception were those I had served with the first time. After a self-introduction, each person told of his or her connection with the disease, the chapter, with Linda, and more importantly—the mission.

We were a roomful of people who understood the heartbreak and challenges of Alzheimer’s. Like many of us, Linda’s first connection with the Alzheimer’s Association was because of a loved one with dementia. She found the information, support, and resources she needed. 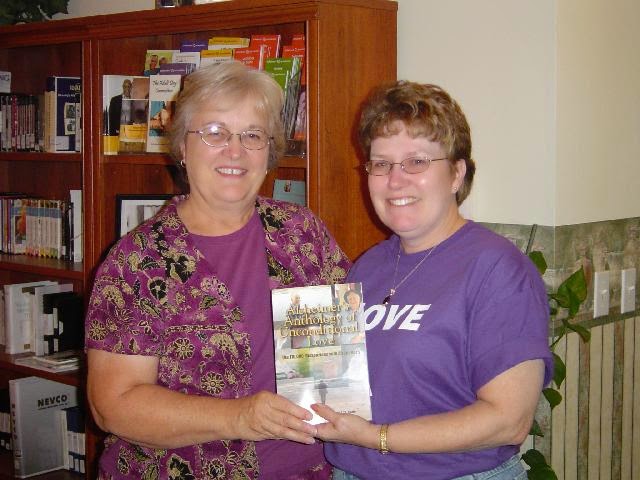 Later, Linda was offered a job with the Chapter and eventually was promoted to executive director. Her positive, capable leadership helped our chapter flourish. She isn’t one to seek the limelight and was a little uncomfortable with being the center of attention in a roomful of people who wanted to honor her and her accomplishments.

I served on the Chapter board for six years, was off six years, and returned in 2012. Because of my hiatus from the board, I wasn’t on the board when they hired Linda as the executive director. I really got to know her better when I approached her with the idea of the Alzheimer’s anthology. She immediately supported the idea—which was amazing considering I had no experience in publishing a book. I just had a big idea, and she became one of my staunch supporters.

We will miss Linda’s leadership. She guided us through the transition becoming a national chapter. When two Missouri chapters consolidated into the Greater Missouri Chapter, Linda stepped up as the executive director for a much larger area. Linda’s main focus has been to ensure the Chapter succeeds in its mission to provide excellent service to folks coping with Alzheimer’s disease.

The board members dished out a lot of good natured teasing about Linda chairing the Columbia walk. Oddly enough, that didn’t seem to be on her retirement agenda. Linda is saying “Goodbye Work World” and “Hello Retirement.” She is moving on and we just need to step out of her way.


http://earlyonset.blogspot.com
Posted by L S Fisher at 8:55 AM