Music to My Ears 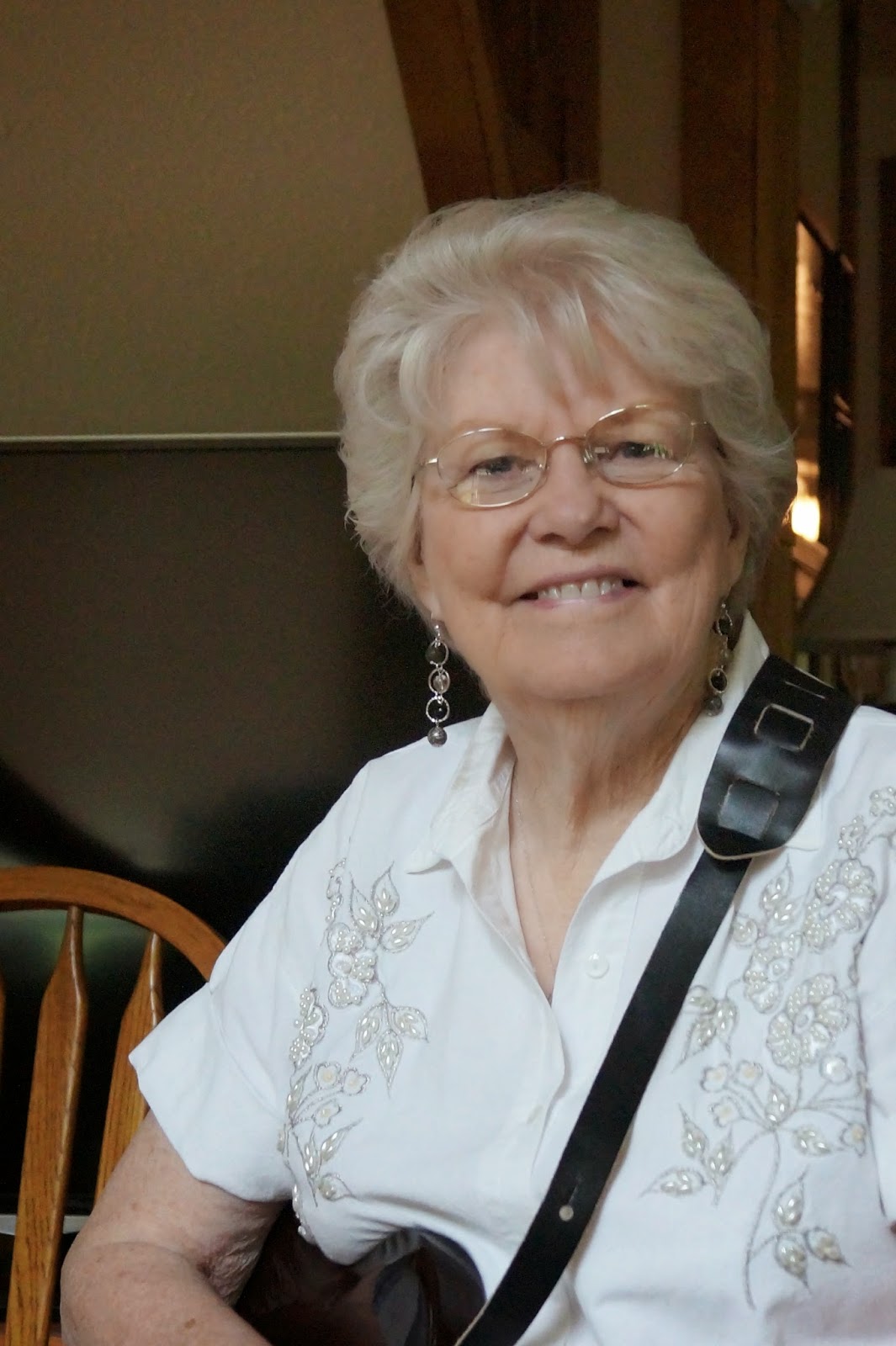 Music has the ability to bring joy into our hearts and give us happy feet when the beat calls for dancing. Music has always been a part of my life although I can’t play an instrument and have a hard time carrying a tune. My mom, brother Jimmy, and other family members take their music to several area nursing homes on a regular basis.

Monthly concerts in nursing homes is a natural way for my mom to share her love of music. Her entire family was musical and entertained at every family gathering with down home country and gospel music. That was a different time and different era in my life. On Saturdays, we visited Grandma and Grandpa Whittle and played with cousins while the grownups filled the night air with the sounds of music. Get-togethers were the norm instead of the exception they are now.

Even after I married, the musical way of life continued. Jim’s family was chocked full of musicians and at every opportunity, guitars, fiddles, banjos, were taken out of cases and kitchen chairs clustered together while everyone sang and played their favorite tunes.

One day last week, on an otherwise normal day, I felt a real longing to visit with my mom. First, I called to make sure she was home, and then made the hour drive to visit. My brother Jimmy was there, and just like old times, he and Mom played some of their old favorites and a few new ones. The music took me back—sometimes to childhood. When mom sang “The Way I Am” it reminded me of Jim before dementia.

Music was therapy for Jim and he played his guitar every morning. He loved gospel, country, and cowboy songs. Even after he lost the ability to play, he still enjoyed listening. For a long time, he carried a Walkman to listen to his favorite tunes. At the nursing home, we turned his TV to the Country Music Channel and kept a drawer full of his favorite music cassettes.

Music provides a nonmedical method to decrease agitation and behavioral problems in people with dementia. Music is effective in all stages of the disease and can stimulate happy memories even in the late stages. It is important to fit the music to the person. While one person might appreciate big band, others might prefer jazz, country, gospel, or old time rock and roll.

Music elevates mood and stimulates memory for everyone. Just last week, I saw a question on Facebook asking if anyone remembered Gordon Lightfoot and could name one of his songs. I paused the show I was watching, The Blacklist, and felt compelled to answer the question. The posts were full of “The Wreck of the Edmund Fitzgerald,” but the Gordon Lightfoot song that always meant the most to me was “Sundown.” It had been years since I heard the song, but I instantly thought of Jim and when my kids were young. Jim used to sing that song and it always makes me think of the seventies—Jim with his sideburns and me with long straight hair parted in the middle. The song ignites memories of youth, love, hard but happy times. I typed in “Sundown” and restarted my movie. About two minutes later, Gordon Lightfoot’s smooth voice began singing “Sundown.” Memories upon memories. I thought it just a little beyond strange that the song followed so quickly on the heels of the Facebook question.

I believe that when music plays a big part of life, it can be a way to connect with people who no longer share our physical world. Was it just a coincidence that I saw a question that led to a specific song more than three decades old and then heard it on a TV show within minutes of each other? Maybe. Maybe not. It could have been a gentle auditory reminder that our life force doesn’t end with death.

In my quiet house the only sound I hear right now with my physical ears is the gurgling of the refrigerator and the buzzing of an impatient dryer. But in my mind, I still hear soul soothing echoes of laughter and music from long ago.