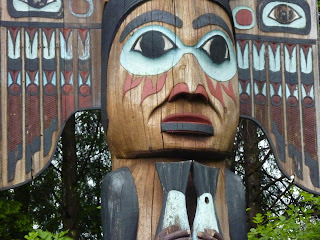 Jim was always adventurous and talked about the places he really wanted to go, but hadn’t been. With his extensive traveling, it was a pretty short list. He wanted to go into space—the final frontier of Star Trek fame.

Jim and I were alike in many ways, but this frontier business wasn’t one of them. He always said he wished he had lived back in the frontier days.

“Have you ever thought about how long it would take to cross Kansas?” I asked him. It seemed to me that it took forever to cross Kansas in a car, and couldn’t fathom making that trip in a wagon. “Not to mention the little problem with having to hang onto your scalp.” He really didn’t want to get me started on this topic. I didn’t think about the adventure—I thought about the inconveniences. Not even Matt Dillon or Rowdy Yates could have lured me back into the untamed Wild West. No thank you.

As far as the “final frontier”—space—no way did I want my body rocketed into the wild blue yonder at warp speed. I won’t even say what going into space would scare out of me.

Jim never personally saw either of these “frontiers” but, ironically, I was invited along for an Alaskan cruise. My brother and sister-in-law planned to treat Mom to a cruise and even stranger was that it took only about a nanosecond for me to agree to go as my mom’s roommate. The process took several months, but on the first of July, we flew to Seattle to board the ship for our cruise.

As I looked at blue icebergs in Tracy Arm Fjord, rode a train to White Pass and Yukon, gazed at glaciers, admired upside-down tree gardens, rode in a horse-drawn carriage, and cruised on a luxury liner that reminded me of the Titanic—especially as we navigated through the icebergs. The rugged landscape does indeed look like a frontier.

The cold was the extreme opposite of the weather at home. Cell phone conversations were filled with the triple-digit weather while I shivered in my coat. I heard about the drought at home while we lamented the elusive sun and the almost constant rain.

Okay, I’ll admit, that seeing Alaska from a private deck on a Carnival cruise ship is not in anyway a hardship . We spend days relaxing and cruising past majestic mountains, icebergs, and glaciers. Heck, I could even watch from the comfort of my bed. And we never knew what it was like to be hungry. It seemed that we spent our time onboard either eating or being entertained at one of the full production shows. My mom, of course, enjoyed the casino and we were forced to keep her company. We had trouble finding our way to the dining room, but never had a problem finding our way to the casino. Then, when we would make our way back to the cabin after our activities, our bed would be turned down, a mint placed on the pillow, and towel art animals would be on the bed. Snuggled beneath the covers, it was easy to forget how chilly the weather was outside.

It was a trip I enjoyed, but Jim would have been ecstatic to behold the Alaskan landscape. At times, I could almost feel Jim looking over my shoulder and know he would have loved spotting whales, bears, and wildlife. I used his “animal watching” binoculars to get closer views of the wonders unfolding around us.

Traveling with Jim is one of the things I miss. Jim loved frontiers whether final or last. Strange, unchartered ground brought out his sense of adventure.